Biocrine’s goal is to commercialize new concepts of treatment and enable continual delivery of novel drugs both  for diabetes itself and for the complications that this disease induces.

Diabetes is a complex syndrome of disordered metabolism. At Biocrine, the goal with research is to understand what happens in the pancreatic gland; the role and interplay of hormones, receptors, and other molecules. We believe that every molecular event is of importance in the development of this complex disease. It is only by looking at all phenomena in relation to each other, that a clear picture of what leads to diabetes and how to fight it will emerge.

The flow of innovations stems from the extensive research at the Rolf Luft Research Center for Diabetes and Endocrinology at Karolinska Institutet. The center is the one of the leading research institute in the world focusing on the endocrine part of the pancreas – the islets of Langerhans.

Professor Per-Olof Berggren and Professor emeritus Suad Efendic at the Rolf Luft Research Center are world-leading scientists in the interpretation of the mechanisms controlling hormone release in the endocrine pancreas. Professors Berggren and Efendic have worked in this field for over two decades. With new advanced technologies in biochemistry, cellular biology, electrophysiology and molecular biology, their research team has made a number of pioneering discoveries in the field of diabetes. 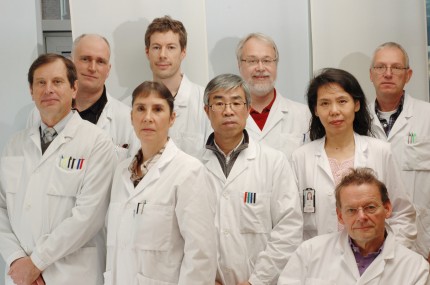